With your shield, or on it !

Tuesday evening was the continuation of our "Gears of War" campaign. Ross,Peter, Gareth and myself prepared to defeat the locust horde... except it didn't work out that way.
Game one was close, very very close. Peter actually managed to get his mitts on the WMD we needed to take out the beserker but we were over-run before he could use it. 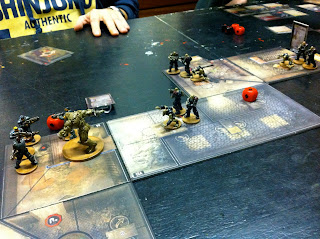 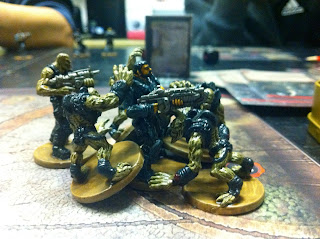 For the second game we set up the "Horde" scenario, the players must survive wave after wave of enemy attacks.
In a dazzling display of ineptitude, we crashed out in only a couple of turns. Shooting did not work and in melee we just got splattered. It was over in minutes. Time to call it a night!
Which brings me back to the title of this post, we definately came back "on", rather than "with" our shields.  While I still enjoy this game, I wonder how many game nights players can continue to struggle through the same scenarios. We have limited opportunities to play and lots more scenarios (and other games) to get through.
So when do we give up on this one?  Perhaps skip this scenario or take a break and try a different game for a while?
Come on COGs whats your opinion?
Posted by Reg at 06:34 No comments:

Battle of Raphia 217BC

On Saturday night a horde of gamers descended on the townland of Dooneen to refight the battle of Raphia.
The evening was organised and hosted by Declan, and attended by Dave, Mike, Arthur,Peter, Ross (official photographer),myself and my two eldest sprogs, Glynn and Rhodri.(names have been changed to protect the innocent)
The rules used to decide the battle were Command & Colors Ancients Epic.
This ruleset allowed us to fight the battle twice in one evening, both times to a very close and exciting finish. Its also worth pointing out that both battles had a result almost exactly "Historically accurate".Four players per side and a referee to keep things moving.

Initial Deployment from the Seleucid view.
The battle of Raphia was fought in 217BC between the armies of Antiochus III (Seleucids) and Ptolemy IV (Ptolemaic). For this refight we used 20mm plastic figures from the collections of Arthur, Declan and myself. Some figures may not have been historically correct but the games looked great.
As in many "classic" ancient battles, both armies attacked strongly on their right flank and a final descision was reached by the clash of infantry in the center.
In both our refights the armies attacked strongly on their right flanks and refused or defended on the left. Both games were won by the Ptolemiacs. The first game had only a 2 or 3 point difference and the second game was decided by a single point.
A few moments:- 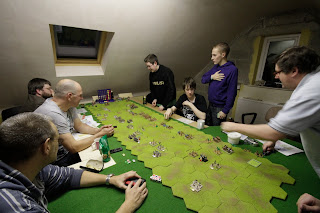 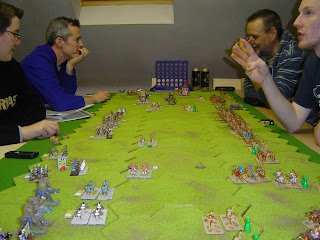 Ross confirms how much sugar in his tea.(possibly) 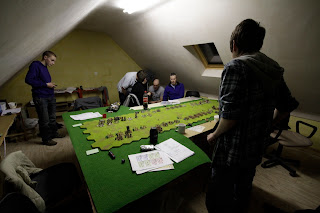 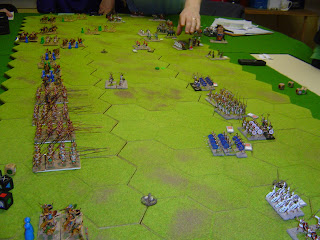 Ptolemaics on left, view from their right flank. 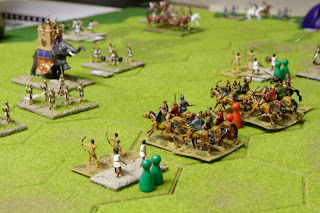 Ptolemaic right flank advances.
The two games lasted four and a half hours, considering the teabreaks, smokebreaks and high level of chat and trashtalking, thats pretty good going. The Command & Colors system worked very well for the games. A few times "Command" cards were difficult to get and of course periods of terrible dice rolling afflicted both sides but thats all part of the experience and helps to simulate the Fog of War.

Many Thanks to Declan for hosting and I'm sure that everyone is looking forward to the next one.
Posted by Reg at 07:56 1 comment:

Email ThisBlogThis!Share to TwitterShare to FacebookShare to Pinterest
Labels: Ancients

Tuesday nights meeting had to be cancelled due to illness (Get well soon Ross).
So, Glynn (eldest sprog) and myself attempted the "Horde" scenario for "Gears of War".
This scenario throws wave after wave of Locust attackers against the COG defenders.
Playing on the easiest difficulty setting, the game was still very much a "touch and go" situation for
most of the scenario. A couple of lucky weapon finds kept us in with a chance.
We just managed to win.
The game took 3 hours to play (its a big scenario), and was pretty exciting for the duration.
Cannot wait to try the next difficulty setting! Still have lots of the basic story scenarios still to play. 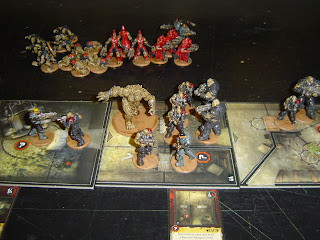 Wave six, lots of baddies!
As you can see, the figures have had a paintjob. Base colours and a coat of "Army Painter", great result for very little effort.
Posted by Reg at 06:43 No comments:

Had a big night on the tiles on Saturday. 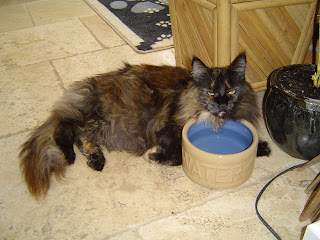 Tallulah seems to have overdone it!
Posted by Reg at 15:04 No comments:

Email ThisBlogThis!Share to TwitterShare to FacebookShare to Pinterest
Labels: Cat

Over the last few months  Steve and I have been working our way through the C&C Napoleonics scenario book.  We have kept a tally of victory banners (In the Book of Grudges) with Steve playing as the French.
Sadly this Bonepartist lackey has built up a massive lead and was 19 points ahead with only 5 games to play. Today the battles continued...
1st up Salamanca the right flank 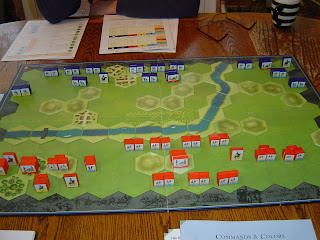 In this game both British flanks advanced and destroyed the French forces for little loss. 6-1 to Wellington.
Next the battle of Garcia Hernandez. British cavalry catch and destroy a French rearguard. 6-0 in victory banners.
Finally we played "Combat at Aire" and yet again the redcoats took the glory. 6-2
So a complete change of fortune and we go into the last two battles with the French lead reduced to 4 points.
"Guerre,sanguin guerre!" 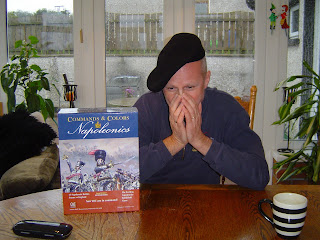 If he had any hair under that beret, it would fall out in shame!
Posted by Reg at 14:58 No comments:

Email ThisBlogThis!Share to TwitterShare to FacebookShare to Pinterest
Labels: Napoleonics

Back to the games!

Time to return to the real reason for this blog,  Games.
In particular, my all time favourite game of any type.
Space Hulk.
Since the first release in 89 I have loved this game.
I still have the 96 edition and two copies of the latest and probably last 09 edition.
Although this is a two player game I have trawled the web and found some homebrewed solo rules.
I have adapted and playtested some of these and now have a card driven system for the genestealers.
Not perfect but getting there.
Also working on rules for Grey Knights versus demon scenarios.
In the near future I will post links to some of the best Space Hulk stuff.
For now a few pics... 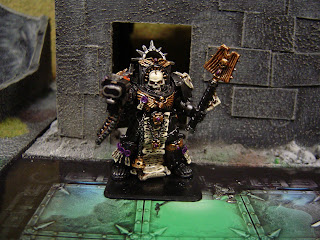 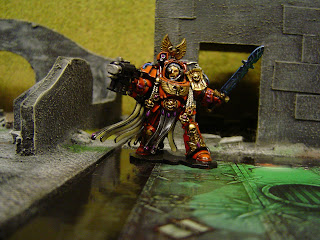 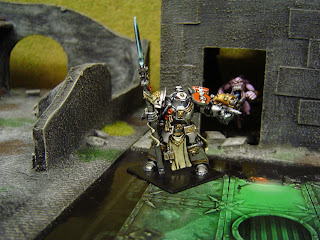 It's getting crowded around here.

A big welcome to Declan.
Declan introduced me to this:- 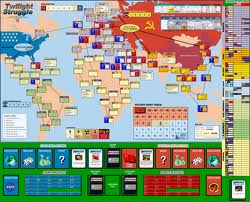 Still not sure if I should Thank him or sue him.
It is a great game but requires a lot of concentration. Played three times and always ended up with a headache.

Declan loves his sports and especially football, so just for you... 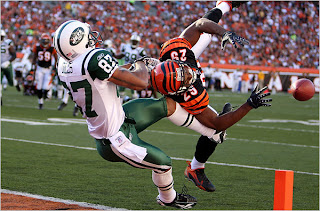 OK its the wrong kind of football, hope this makes up for it... 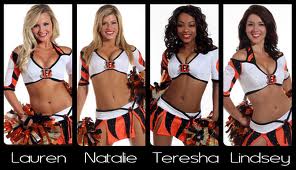 Email ThisBlogThis!Share to TwitterShare to FacebookShare to Pinterest
Labels: Welcomes

"Build it and they will come"

A big welcome to the first blog follower,  Dave.
Dave is one of my gaming buddies and is planning to get over for some C&C Epic soon. 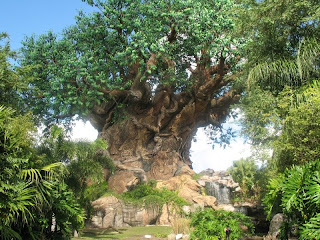 If you look close the trunk has been carved to depict various animals.
Posted by Reg at 14:12 1 comment:

Email ThisBlogThis!Share to TwitterShare to FacebookShare to Pinterest
Labels: Welcomes

Victory and defeat in one evening.

At around 8pm Ross, Peter and Gareth, three of my imaginary buddies, turned up at the gaming garage.
Ready to kick ass and take names, we threw down the "Gears of War" boardgame and prepared to tackle the first scenario "Emergence".
The plan is to advance through locust territory to find and seal a spawn point, the "Emergence" hole in the title.
Armed with a plan, an attitude and some big guns, the four of us ripped through the enemy positions and closed in on the objective. Except for Ross who playing as "Cole Train" had expended his ammo early and spent the rest of the battle sneaking around the rear taking potshots with a pistol. Gareth provided cover fire while Peter and I charged the objective guns blazing and grenades blasting.
One accurate and lucky grenade toss later and the emergence hole was sealed.
The locust then launched a vicious counterattack. A wave of enemy knocked down "Baird" (me) and went after the other COGs. Last thing I remember was Peter "Roadie running" into the distance!
But the three guys managed to ride out the attack and eventually killed the last of the locust.
Well deserved victory in the first round.

We decided to try "China Shop" the second scenario.  This has the COG players being chased by a huge beserker. Blind, it charges towards the sound of the players weapons and smashes anything in its path. The scenario requires you to "guide" the beserker and use it to smash through blocked areas of the map.
We started well enough but not having played this scenario before, we did not have a plan. This very quickly left us spread out and unable to support each other. The game ended with all COGs bleeding out, swarmed with locust and squished beneath the beserker. 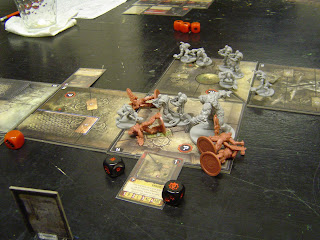 Back to the drawing board.
We plan to play again next week.
Posted by Reg at 13:31 No comments:

In preparation for this blog I have spent a bit of time playing with my camera.
Although my miniature collection has been reduced to a mere fraction of what it once was,
some figures have survived the pogroms and been found lurking in the darkest corners of the cabinets. 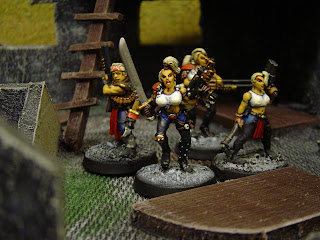 Here is the core of a "Necromunda" gang.
Left to right they are,
Big Gay Al, Bertha, Two Tubes and Nibblet.
I have discovered another dozen that need painting.
They may even get it!
Posted by Reg at 07:45 No comments:

Email ThisBlogThis!Share to TwitterShare to FacebookShare to Pinterest
Labels: Necromunda 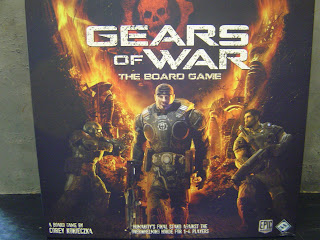 The Locust horde have mounted an offensive all along the Western boundries.
4 elite COG troopers are going to counterattack and attempt to seal an "Emergence" hole.

This game has been hitting the table a lot. Based on the popular videogames, this is a full-on slaughterfest. Report to follow.
Posted by Reg at 07:28 No comments:

This blog is a work of fiction. The people, places and products depicted are imaginary and bear no resemblence to real persons, places or products either living or dead.
Posted by Reg at 06:29 No comments: